If you live in a house with a fenced-in yard, particularly if it’s board-on-board fencing, you should inspect it for a small problem that could become a big one.

This is something that I’ve noticed a lot this summer in a few of the communities we service:  trees germinate in the small space between the inside and outside rows of boards of the board-on-on board fences commonly used for privacy at townhomes in the Northern Virginia area.  These “volunteer” trees – most often mulberry – start off as little more than a weed. 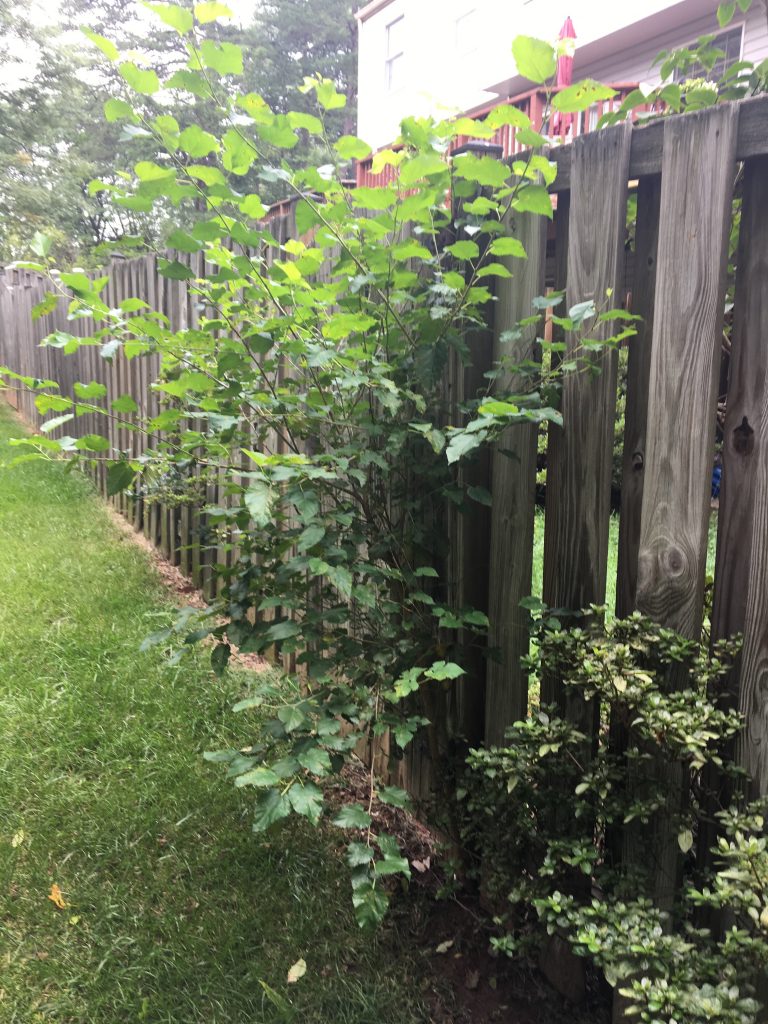 This seedling in Sterling could eventually become a large tree that will destroy the fence.

But if allowed to grow, the trees get big and can quickly destroy the fences that once provided shelter for the tree in seedling form.

It’s too late for this Leesburg homeowner, who will have to have the trees removed and will likely have to replace at least part of the fence.

Perhaps the homeowner doesn’t often go into the common area behind his or her house, so the small tree goes unnoticed.  Meanwhile, personnel from the community’s grounds maintenance provider trim along the backs of the townhouse fences so that should take care of the weed tree before it becomes a problem, right?

Because the trees are growing between the boards, it’s impossible for the grounds maintenance team to cut them with trimmers without damaging the fences.  As they grow, the trees not only damage fences but can make it hard to even walk through the often narrow corridors of common area between townhouse back yards. 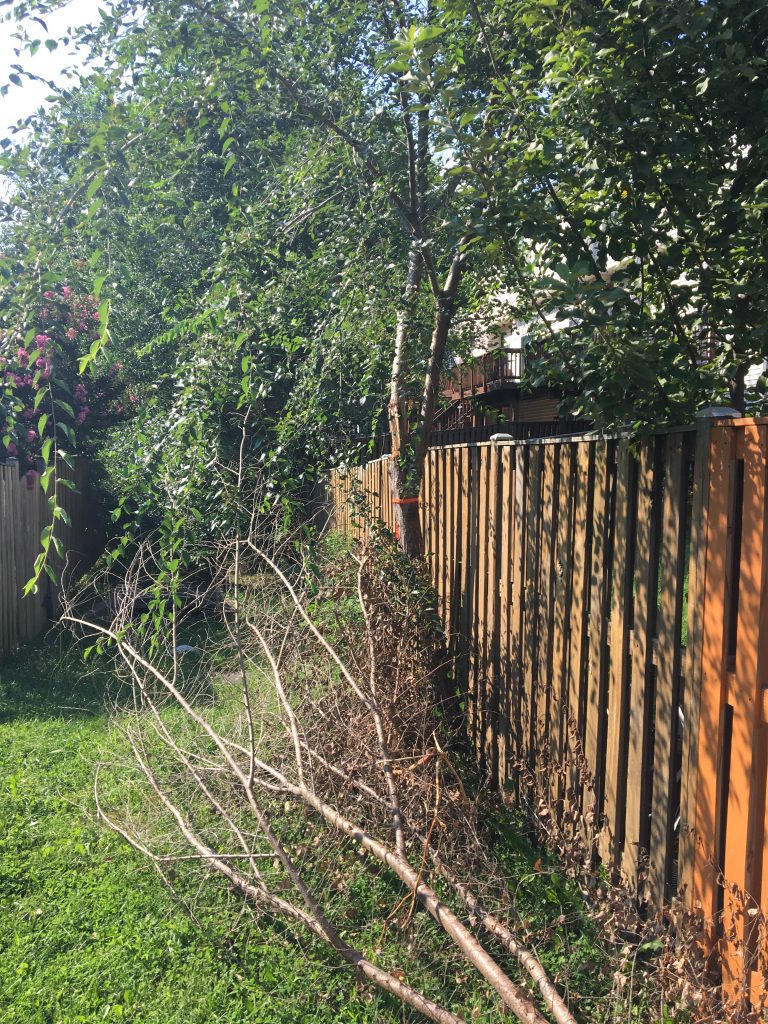 This common area has become almost impassable because of volunteer trees growing through fences.

If you already have a large tree growing through your fence, it’s best to consult a professional arborist who has the expertise to remove the tree without further damage to your fence.  If you’re fortunate enough to catch the tree in seedling form, it should be easy to cut it down with hand pruners or loppers.  Better yet, spray the foliage with a non-selective herbicide like Roundup, wait for it to die and then cut it down.

Even if you do the latter, you should still inspect your fence several times a year for any new seedlings and for any that are trying to make a comeback after being cut down.  Don’t let a small volunteer tree become a big problem that will wreck your fence and possibly cost you thousands of dollars!

Contact Us for a Free consultation Find Out More…

Your team does a beautiful job on our yard every year, and this year is no exception! Thank you!!” 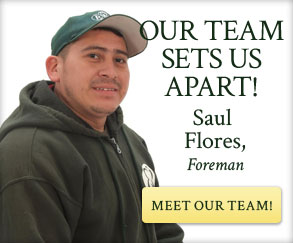 Blake Landscapes is growing and seeks new employees for the 2018 landscape season.  The company will hold a hiring day this Saturday April 14, from 9 … END_OF_DOCUMENT_TOKEN_TO_BE_REPLACED